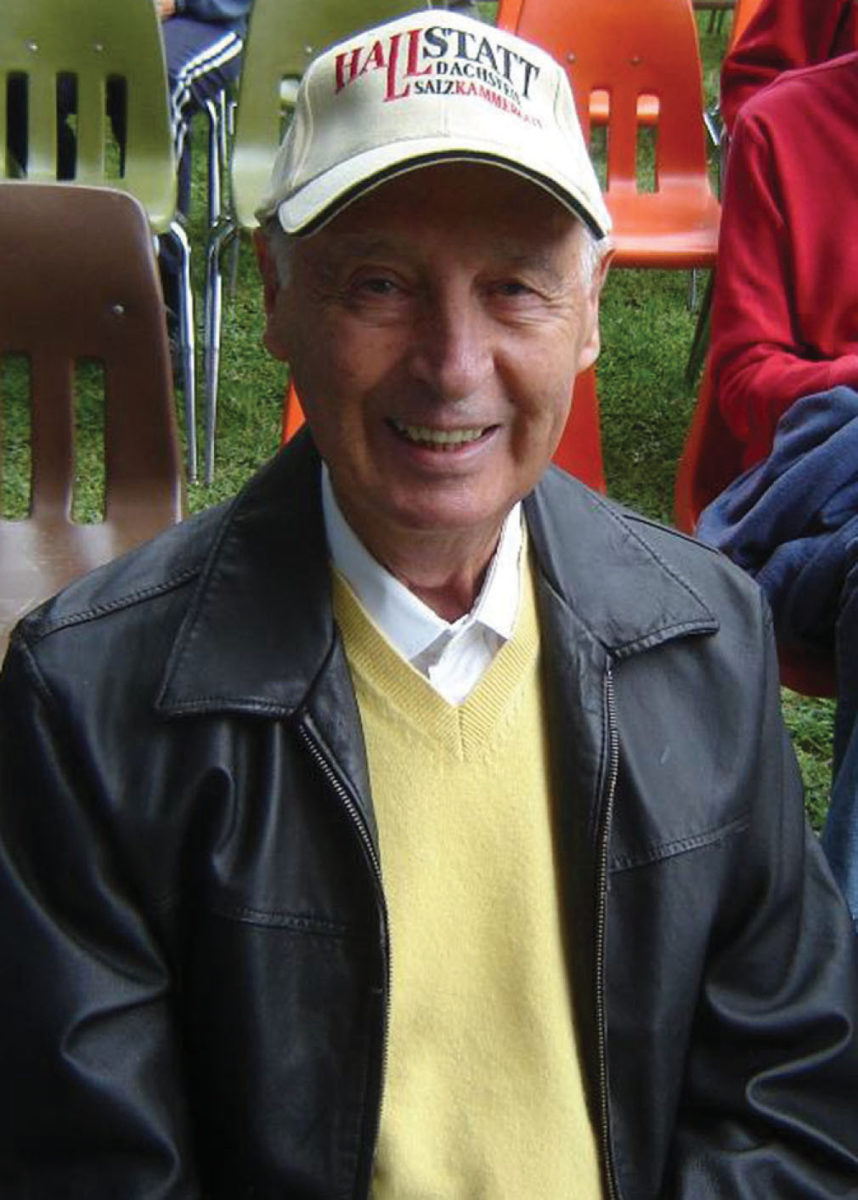 The City of Sierra Madre has lost another treasure. Smart, charming, energetic, handsome, and strong. Just a few adjectives that described the City of Sierra Madre’s former City Treasurer, George Enyedi. He was a wealth of knowledge on finances, volunteerism, loving life, and living well. He never met a challenge that he couldn’t handle.

What made him so amazing is that until he was well into his 80’s, it was hard to keep up with him! George passed away quietly at his home on Tuesday at the age of 91. He was truly an amazing man that will be missed.

Recipient of numerous civic honors, George was the City of Sierra Madre Citizen of the Year. He was bestowed with the city’s George Maurer Lifetime Achievement Award, to name a few.

By profession, George was a Certified Public Accountant and senior partner in the firm of Enyedi, Marshall, and Montanez in downtown Los Angeles. This experience made him the choice of Sierra Madreans when he ran for Treasurer in 2011. His financial experience kept both the Sierra Madre Cemetery and the Sierra Madre Playhouse from closing several years ago.

Enyedi and his wife, Gerda, came to the United States in 1952 from Cluj, Transylvania, Romania’s province, settling in Pasadena, California. They moved to the City of Sierra Madre in 1961. George was looking for a house “on top of a hill” and found the perfect place in the City of Sierra Madre. His home has magnificent views of the San Gabriel Valley and is a stone’s throw away from the natural habitat of bears, deer, coyotes, and mountain lions.

The Enyedi’s reared 3 sons, Klaus, Hans, and Kurt, in the City of Sierra Madre, and the family has expanded to include 3 daughters-in-law. Several years ago, in a conversation with him, he had 6 grandchildren and 2 great-granddaughters, all living in Southern California. Gerda, his beloved wife of 60 years, passed away in April of 2006, something he really never recovered from.

George Enyedi, through all the ups and downs that life brought his way, epitomized strength, conviction, and compassion. When one speaks of the glue that holds this town together, his name is right there at the top of the list. George Enyedi truly was a first-class gentleman with the heart of a lion.